Our drive to Siena

After a quick trip to our favorite art store and good bye to our friends at the Hotel Il Guelfo Bianco we were off to the airport to get our car. And a bit later, following one wrong turn on the autostrade, we were on our way to Siena.

After about 30 minutes, Sharon suggested that we adjust the GPS route, getting off the autostrade to go to Greve in Chiante. Getting off the big highway onto the winding roads through the Tuscan countryside was a great idea.

Our first encounter off the exit was with a large American cemetery. It was a stark reminder of how many Americans gave their lives here and in Europe to keep Europe free just 65 years ago.

Upon entering Greve we searched for a place to park as we had been warned about parking in town centers without a permit only to find a ticket for 100 euros in the mail a month or two later. Something just doesn’t seem right about that. Anyway, having lucked into an open Co Op (grocery store) parking lot we were off.

Within a couple of blocks we found a great place for lunch and Sharon a great painting spot. As she painted I did a little exploring and found that the square had recently been the site of a large festival. As we entered the square we couldn’t help but notice posters in strategic locations urging Italians to vote in the upcoming election for the communist party. They were a bit of a downer and sad reminder of Europe’s course.

Sharon, of course was in her place mentally, spiritually, and physically painting her chosen scene. She is remarkable in her ability to turn off the distractions in her mind, but still be present for interested and interesting passers by.

While she painted I found a spot to read and catch up on some emails. Emails are not a good thing to read while on vacation, but this is a working vacation, so we must take the good with the bad, and there was some bad. Trying to turn off the distraction.

It was late afternoon by the time Sharon was ready to take down for the day. We packed up and walked to our car which was safe in the Co Op lot with the gates still up. Our drive out of town was lovely and by the time we reached the Chianti hills the sun was low enough that everything had a soft warm golden glow. It was a perfect time to drive through the wine country of Tuscany. 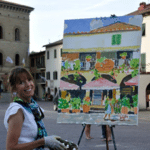 Painting in the Square. Photo by Desmond Logan, photographer, UK 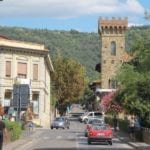 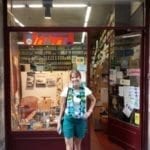 Arrivederci to our favorite and trip-saving paint store 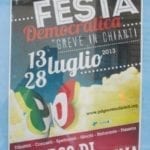 A big political rally in July 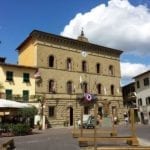 The square of Da Verranzo 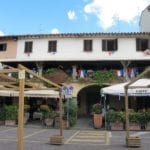 Taking down from a big wine festival 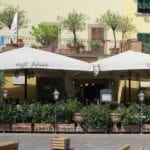 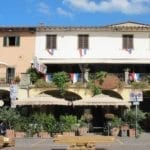 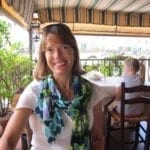 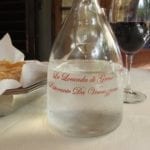 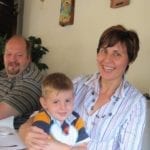 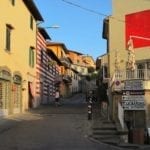 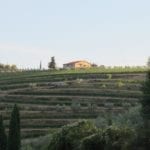 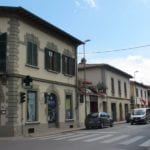 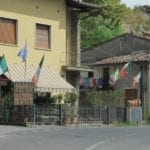 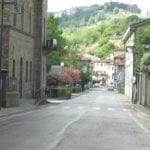 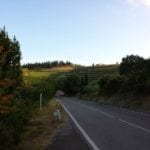 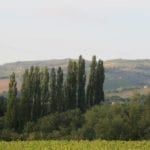 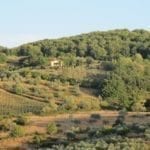 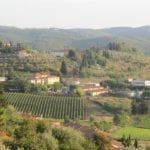 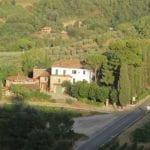 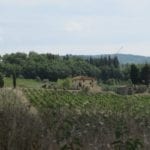 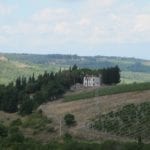 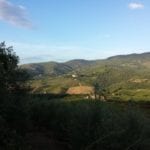 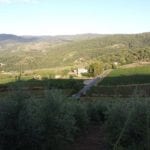 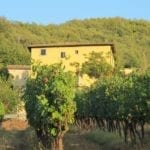 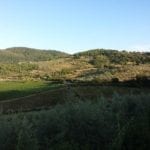 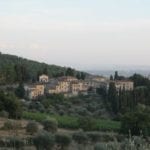